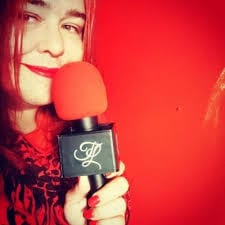 “I raised my voice, I felt my power, and I wasn’t afraid to use it.”
-Tracy Lamourie

Welcome to the Watercooler Hangout podcast, where I chat with influential and successful sales, marketing, and business gurus as we share real-life stories about sales, marketing, leadership, creativity, and current events. Listen in and learn the best advice on how to move your business to the next level!

Tracy Lamourie From Humanitarian to Publicist and Author

Today I’m here with Tracy Lamourie, who is the founder and managing director of Lamourie Media. She is the 20/20 Universal Women’s Network “Woman of Inspiration” winner for women in media. She is the author of the upcoming book, Get Wrecked: Build Your Brand with Effective Public Media Relations. Tracy is an award-winning publicist and is a passionate advocate for social change. Most incredibly, Tracy waged a 20-year campaign that released an innocent man from death row.

She got involved in 1999 with his case when she found his note on an internet bulletin board for prisoners asking for help. People thought she was crazy, and she remembers her father saying, “If you guys spent as much time building a business, as you do with this death-row prisoner stuff, you would be a millionaire.”

Although she didn’t work with prisoners at the time, she was drawn to his case and answered his call for help. “He sent back 18 hand-written pages of details and legal documentation.” Tracy didn’t know what to do with his paperwork, so she created a website and learned how to write a press release to send across America to have his plea heard around the nation.

“Ultimately, this received international attention, and we ended up getting a team and a big law firm that was looking for a case of factual innocence because of the buzz we created, they heard about Jimmy. Seventeen years and seven lawyers later, Judge Anita Brody released him in 2017 after Tracy’s almost two-decade-long campaign brought justice to the system.

“We were entry-level telemarketers, he was some guy on death row nobody was listening to, and we wanted to change this.” Tracy didn’t realize that while she was moving through getting the word out about Jimmy, she created a new skill set for herself. “I had developed incredible skills that were actually marketable.” At this point, she decided to “put out my shingle and become a publicist.”

From Tele-Marketer to Award-Winning Journalist

On her journey to free Jimmy, Tracy became an award-winning publicist. She decided to pursue this career route with her husband as her partner in their new corporation Lamourie Media. “Now I’m on track thinking about building my business for my kids, and we’ll see about being a millionaire, maybe later!”

Looking back, Tracy is glad she used her youthful passion for freeing Jimmy Dennis from death row. “Nobody is a hero, and no one’s really epic; we would just do it day-by-day. Everybody cares, but nobody feels empowered.”

Listen in as we talk about how COVID has affected her new business, what she does for her clients as a publicist and her advice on starting your new business adventure.

Rolling Stone article about Jimmy Dennis and his 25 years on death row.

Visit me on the web

Connect with me on LinkedIn

Spread the word about The Watercooler Hangout Podcast and share this episode with a friend!