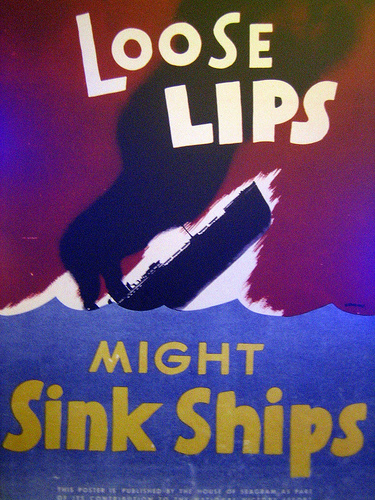 I have a secret to tell you about people. They don’t always tell the truth. And, some of them will wish you the best of success while thinking of ways to overtly or covertly mess up your plans.

When you’re getting ready to start a new business or launch a new product you’ll get all excited and probably even a little scared. You’ll want to tell people all about it before it’s time and that will sometimes backfire on you. Or, people will wish you the best of success while actively working to sabotage you.

For example, when I started my first photography studio in the early 70’s in my hometown, I chose to purchase all my equipment and supplies from a local camera store instead of from one of the big professional dealers. I paid at least a 20% premium on most of the equipment but I wanted to support the community and buy locally.

About nine months later as I was moving the studio to larger and better space and I needed more equipment. I happened to be talking to another local businessperson and told them my plans. They asked if I still bought from the local store and I said, “Yes, of course.” Then he told me that I should know that the manager of the store (not the owner) was always “bad mouthing my work.” I was shocked as I was still very young and very idealistic. I thought “Why would someone do that when I am giving them more business than any other place in town?”

It doesn’t matter why he did it. The not-so-secret-secret is that people will betray your trust and support. Your banker with whom you shared information about a commercial property you are going to buy will tell someone he knows who has been looking at it and that someone will buy it out from under you. It will happen to you too.

A motto during WW II was “Loose Lips Might Sink Ships.” It’s not a bad one to consider before you launch your ship. You wouldn’t want to see it never set sail or sink at sea. And as far as dealing with the type of person like my camera store manager take my advice and when you can verify that someone is working against your success – write them off. They’ll never ask you why you quit doing business with them. They’ll already know. It happens to them all the time.

2 thoughts on “It Will Happen to You Too”