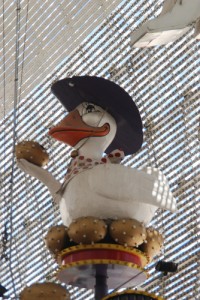 If you’re in sales or a small business owner you may one day find yourself facing a situation similar to what Seth Godin describes in his blog today.

The bottom line of Seth’s post is that you don’t want to hesitate to give someone the opportunity to make a lot of money if you’re also making a lot of money. For example, why would you want to put a limit on commissions when for every $1000 the salesperson makes you make $5000? This is another example of what should be common sense in sales and small business. However, too often greed on the part of the company sets in and kills the deal. Seth’s example of the Dr. Dre headphones is a good example.

From a personal standpoint, I can tell you many stories of companies who decided to pay my company a flat fee instead of allowing us to assume part of the risk with them because they realized we were likely to be very successful and they didn’t want to pay out large commissions while forgetting they would be making large profits as a result. It happens more often than you would imagine.

Don’t be like this company. Let people share in the risk and have the opportunity to excel. If they win – you win. And, nothing motivates people more than being responsible for their own rewards – especially if those rewards have an exceptional upside.

Oh, and should you ever have the opportunity to enter into a similar Dr. Dre or a sales and marketing like contract, I have one suggestion I hope you take. Spend your money on a good attorney before you sign anything. If you don’t you may find yourself spending a lot more if things ever fall apart.

1 thought on “Killing the Golden Goose”