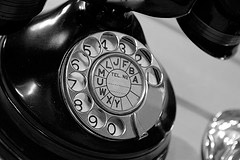 I have a number of alerts set to let me know the latest news and articles about things I find interesting:

And a bunch more.

Without a doubt though some of the best laughs I get during the day happen when I read stories (sometimes disguised as news) about Mobile Technology.

You’re probably thinking Bob really is a geek if this is how he gets his laughs. And, you might be right but how can you not laugh when in the same set of alerts at the same time I get articles that totally contradict each other.

One will state how Android based phones have replaced the iPhone and is stealing all its customers. PC Magazine and CNET are always good for conflicting artilces. Another will state that iPhone is the king and Android will always be catching up. Just now there is an article letting me know Nokia has officially surrendered its smart phone lead to Apple. I think the unofficial belief is that happened some time ago.

Another writer in India just informed me that the key to stopping the BlackBerry death spiral is color. That’s right. All they had to do was throw off the marketing yoke of Henry Ford and make it in some color other than black.

I think many of these articles and news stories get written based on information from “reliable sources” and offshore suppliers who have “inside information.”

Originally I was going to call this post “You Can’t Make This Stuff Up.”

And, then I realized as I was writing it – maybe they do.