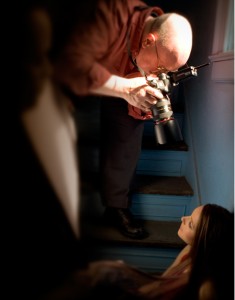 I really should do this update in a video. That would be appropriate. For those of you who just tuned in, I suggest reading these blog posts. Your Call Is Important to Us – Part 1 and Part 2

When we last talked about Avid, I was waiting to hear from technical customer support that had been missing for days and from Adam the Social Strategy Director from corporate. I was sure I’d hear from Adam as he gave me his mobile number and said call him if I don’t get this problem solved. I even said in the last blog that he appeared to be a good guy.

Maybe he is a good guy but he didn’t follow up.
He didn’t answer my emails.
He didn’t return my phone calls.
So much for Avid social strategy and corporate communications.

On to Avid technical support.

The day after I got the email from Avid saying my problem had been deemed solved since they had not heard from me in five days even though it was me who was still waiting for them; I got a phone call from Norman in support. I was unable to answer the phone though as he called my office at 10:30PM so either he didn’t calculate for the time difference between his part of the world and mine or he really didn’t want to talk to me.

The next day I got an email stating that Norman had tried my video file on all versions of the software I said I had used and it was not possible to display a widescreen image. My response was:

“Did you take a look at the YouTube link I sent you of the exact same guy shot with the same camera at the same settings? You’ll see it is in widescreen. Ultimate 14 let me set a preference for each clip as to whether I wanted 16×9 or 4×3. Please take just a second to look at it so you can see for yourself and then tell me it is impossible for me to have created this on your software.”

This, by the way, is the exact same thing I had been saying since 14 days earlier.

Then I got an idea and sent them an email suggesting I set a GoToMeeting up with them so they can see me actually do what they say can’t be done on their own machine. They can let me drive the mouse and I can show them how Ultimate 14 and earlier versions do exactly what I say they do. All I wanted all along was an answer as to why I can’t do it on the latest and greatest version that I just paid to upgrade!

Apparently that finally got their attention. Here is the email word-for-word I got from Norman in return.

I hope you receive my email, here is what I sent you yesterday and it was sent for sure.

“I think I know now what you exactly mean. In Studio 14, you can right-click to your video on your album and change the aspect ration from 4:3 to 16:9 so that when you drop it down to the timeline it will be widescreen. Unfortunately we don’t have it on Avid Studio. You see, Avid Studio is a bit different with Studio 14 but we got that documented and hopefully they can do something about it. But for now, I apologize but we can’t change it in Avid Studio.

Please let me know your thoughts.”

So, fifteen days from when I asked a simple question of support and –

So now what do I do about this situation? Some of my fellow members of Seth Godin’s Triiibes noodled that question for a few minutes last week. (We didn’t want to spend much time on it.) We decided the best course of action was to send the emails and posts to Gary G. Greenfield Chairman, President and Chief Executive Officer and then just let go of it. I’m interested in what he’ll have to say because I found this quote in the July 2011 report to stockholders.

“While Q2 was difficult, I believe our business is sound, said Gary Greenfield, chairman and CEO at Avid. ―Our customer focus is unwavering and I believe we’ll succeed by continuing to listen to them and responding with innovative, open tools to help video and audio professionals and enthusiasts around the world create great content they can distribute anywhere, anytime.

So, I’m going to send him these blog posts and email copies and see if he really does listen and responds.

What would you do when something like this happens?