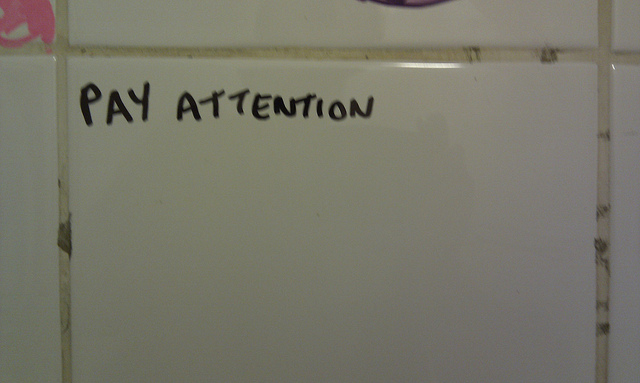 I have a friend who used to be a police officer, then a Private Investigator. She’s female so I think she’s naturally attuned to what people are wearing, how they move, how they act, when they’re lying. I see shoes; she sees the brand, cost and fashion sense. When OJ Simpson was on trial and the prosecutor kept talking about the importance of the $230 Bruno Magli shoes they claimed he was wearing, she knew exactly what point they were trying to make. She can look at a person’s hands and tell what kind of work they do, and I’m not just talking calluses here. She notices things like manicures (Yes, men get them too), whether a tie is silk or polyester, and if that school ring on your hand is from high school, college or a military academy or sports award. It’s called “profiling” and it tells her things about people.

It was her job to notice that stuff since she was a PI and her job depended on it. She’s retired now, but I was thinking, as a salesperson we need to notice things too—maybe not manicures and shoes, but we do need to be aware of what’s happening when we’re talking to prospects. Are they checking their watch or cell phone? Are they standing, rather than sitting when we’re in their office? Do they repeatedly clear their throats? Do they stand up and shake our hand and remain standing while we’re in their office? Do they put their hands in their pockets and jingle their change while talking? Do they touch their noses, neck or throats when talking to us about contracts, their interests or other things? On the other hand, are you doing any of those things when you talk? Taken alone any of those signs mean nothing, but all together they can signal deceit, impatience or outright annoyance or lies. Sales isn’t just about listening to words, it’s about listening to the big picture—body language, procrastination, delays—any actions your client or potential client is sending out.

Quote:
“The most important thing in communication is hearing what isn’t said.” ~ Peter F. Drucker