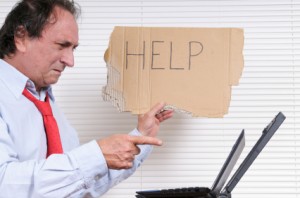 A Philadelphia car dealer builds a fan page on Facebook and launches in January 2010. Over the next 12 months he garners 400 fans who mostly consist of friends, family, previous customers and a few people he calls strangers. At the end of the 12 month period he says he only sold one car to a fan and he’s very disappointed in Facebook and social media.

When I check his fan page I see it consists of nothing but photos of inventory of his cars, pricing, mileage, etc. In other words, it is a digital ad which is no different from the print ones all car dealers cling to as their number one marketing method.

I wonder how many of his 400 fans bought a car someplace else. Since they consist primarily of friends, family and customers they probably didn’t buy a new car in 2010 or, if they bought it someplace else, this particular dealer has a bigger problem than the fact he is clueless about how to engage people and build relationships with social media.

I would have told this dealer to start having some fun and engage his fans by allowing them to participate on the page. Have weekly contests for things like car washes, oil changes, and tire rotation. Make a free oil change contest into one where fans get to name what free option they would most like if they were to purchase a new car from him. When the voting is complete, I would have him offer that option with all cars sold to the contest participants who buy one within the next 30 days. Get your customers participating and telling their stories on your page. Why do they keep coming back to your dealership to buy when they could buy their cars from hundreds of competitors?

Tell the funny story about how a customer stopped for an oil change and the mechanic found a ten-foot long snake skin under the car. Or, tell the story about how one customer’s check engine light kept coming on and how he was told by another dealership that he would need a new $350 oxygen sensor installed. He brought it to you for a second opinion and you noticed there was a lot of black carbon around the gas cap cover. That made you suspect a problem with the gas cap itself so you installed a new one. $20 and a new cap turned out to be the solution and now you have a happy new customer who also saved $300.

Tell these kinds of stories, let your fans participate on the page, and stop with the advertising and I bet this car dealer who is so disappointed in Facebook and social media will be singing a different tune at the end of the next twelve months. And, so will you if you apply some of these ideas to your small business.