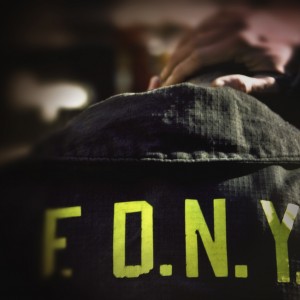 “This changes everything.” I said out loud even though I was alone in my living room.

I limited my trips to New York City to three days or less in 2001. I’d usually go up on Tuesday, Wednesday, and sometimes Thursday. That Tuesday I decided to work from home instead of taking the train to Jersey City where I would have boarded the PATH to my stop under the World Trade Center.

I said it out loud once again. “This is going to change everything.” I remember tears streaming down my face as I thought about the loss of life and the bravery of those I saw running towards the devastation.

It has changed too many things. We went to Afghanistan looking for Osama Bin Laden and ten years later the cost of the wars in Afghanistan and Pakistan are estimated at over 225,000 killed and almost $4 trillion dollars spent by the United States alone.

An estimated 31,000 men and women in uniform and military contractors have died, including the military forces aligned with the U.S. and also including Afghan and Iraqi security forces allied with us.

The wars have been financed by borrowing, something rarely mentioned by politicians or the media. And, the interest on that money is huge. Almost $200 billion in just interest alone has already been paid and another $1 trillion could accrue through 2020. Care for our veterans of these two wars will likely total between $600-$950 billion.

The Patriot Act has taken away or reduced many of our freedoms. We live in fear to much of the time and most often when it is convenient for bureaucrats and politicians to remind us.

In January 2002, I spent a week in New York photographing both residents and visitors. I visited one of the fire companies that lost several of their fellow firemen and I marveled at their ability to keep doing their jobs. As I left their fire station to walk to my next destination, I kept getting lost because for several years I had taught myself to find my way by aligning with the two massive towers that now were invisible to my eyes.

The tears started flowing so I sat on a bench and shut my eyes. It was only then with my eyes closed that I could begin to clearly see what all of us had already lost.