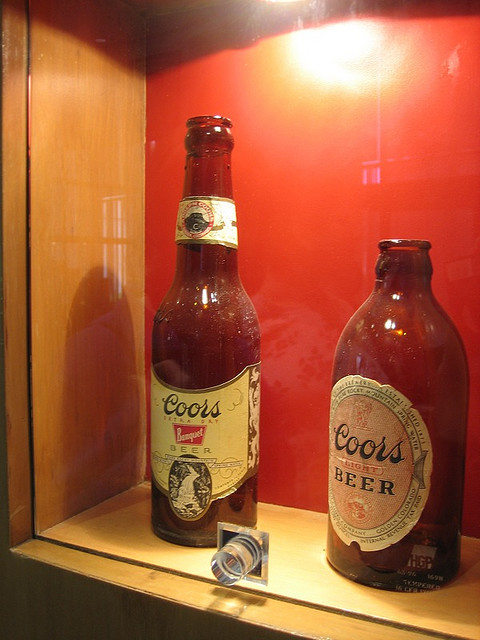 Some of you may know the story about Coors beer—that until 1981 you couldn’t buy it east of the Mississippi. The beer was not only refrigerated after brewing, but it remained refrigerated from brewery to distributor and distributorships were few and far between and almost exclusively in the western United States. Prior to 1981 Coors beer was difficult to obtain east of the Mississippi, which made people want to buy it even more. Red Sox legend Carl Yastrzemski was known to load up the team plane with cases of Coors after a swing out West. When I was in the Navy in the late 60’s the guys from out West loved to tell stories about this legendary beer. Even President Gerald Ford, according to rumors, liked to smuggle the stuff back home on Air Force One.

It wasn’t the same Coors you may know now, and everyone from Paul Newman to Crosby, Stills, Nash and Young loved it. The novelty, the movie “Smokey and the Bandit,” about bootlegging Coors, and the risk of being caught with more cases than the law allowed made getting cases of Coors beer across state lines quite a thrill for some people.

The fact that the Coors beer of the 70’s was considered difficult to obtain is what drove a lot of sales east of the Mississippi. However, making a product difficult to get works only if you don’t have any competition. From sales call to presentation, contract to delivery, your customer should get the feeling that buying from you is easier, less complicated and more rewarding than buying from your competitor. There aren’t many products consumers are willing to drive 1,200 miles and risk fines for today. In fact most consumers consider the ease of ordering, obtaining, and resupplying your product almost more important than the product itself. How are you making it easier for your customers to buy?

Quote:
“Make your product easier to buy than your competition, or you will find your customers buying from them, not you.” ~ Mark Cuban, Dallas Mavericks

2 thoughts on “West of the Mississippi”