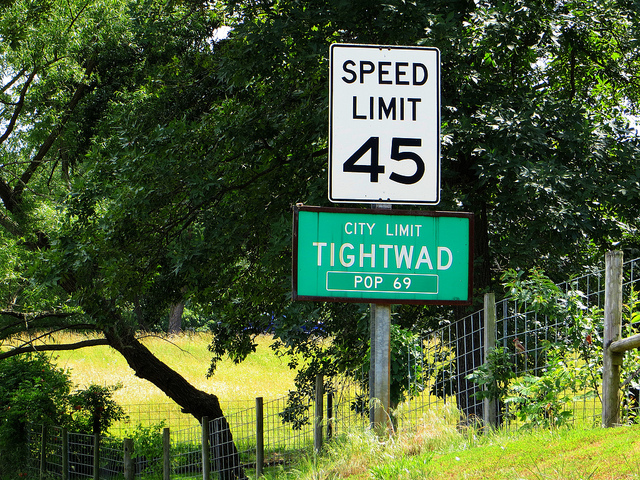 I like to spend money. Who doesn’t? But I can be a real tightwad at times too. We all can. Of course one man’s tightwad is another man’s frugal. It’s all a matter of how much you have to spend. When you’re trying to get a customer who hates to spend money, even when they’re obviously getting a great deal, you need to take a different approach. Tightwads don’t like financial pain. You have to find a way to price your product so it doesn’t hurt them and present it as practical rather than pleasurable.

If you’re selling lawnmowers for instance, you’re going to have a hard time pricing all the attachments “a la cart” and still expect the frugal gardener to look at the price of each piece and buy them. He’s going to wince at the idea of more money flying out of his wallet every time he hears you tell him the price of an attachment. Better to bundle your attachments when dealing with tightwads and the frugal. Saying, “The professional gardener’s bundle for people serious about saving money and having a healthy lawn includes six attachments and the mower for a price of _____.” It can be the same price as adding all the attachments. In the prospect’s mind they’re hearing one price. It’s less painful and they’re more likely to buy. The reverse is true. Rather than telling someone a year’s membership to something is $240, breaking it down into $20 a month with no commitment is far more likely to appeal to the frugal. $20 a month sounds much less than $240 a year.

Tight wads prefer the all-you-can-eat buffet rather than the cafeteria approach where they pay for every item ordered. If you’re a craft, fishing or hobby store offer “bundled” items that include all the tools and supplies someone would need rather than just offering each item separately. You’ll not only appeal to the tightwads, but to the person who doesn’t want to have to figure out everything they need—convenience lovers. Either way, make buying as painless as possible when possible.