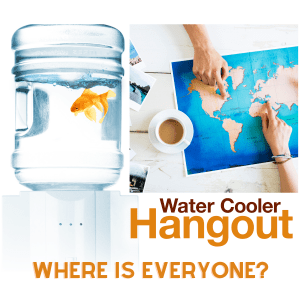 You might have noticed that people are missing. Over the last couple of weeks, we have seen a dramatic drop in traffic on the podcast, website, and our social media. Even the phone has been dead! We were beginning to think it was something we said, but it turns out that Americans are hitting the roads, skies, trains, and bike paths like a swarm of sailors on their first liberty after being at sea for a month. It has been dubbed ‘revenge travel’, and, according to Forbes and travel agents across the country, people are eager to travel and much less willing to give up their vacation this year after a year of shutdowns thanks to COVID-19.

With this in mind, your host, Bob Poole, is taking a short respite from the Water Cooler Hangout in favor of a Beach and Mai Tai Hangout. To find out how to catch up on episodes of the podcast while you are traveling or relaxing on the beach, tune in today!

Key Points From This Episode:

“It’s being called revenge travel and, according to Forbes and travel agents, people are eager to travel and much less willing to give up their vacation this year after a year of coronavirus shutdowns.” — Bob Poole [0:01:40]

‘Revenge Travel and Where Americans are Traveling’