Let’s say that in 1986 you had walked into my home (and after having me turn down the volume on my stereo playing last year’s best selling album from Bruce Springsteen) you told me that in twenty-five years I would find myself watching a television show hosted by a guy named Stephen Colbert and Colbert would be interviewing a neuroscientist by the name of David Eagleman, I probably would have shrugged and said something profound like, “Really?” I would have had some inkling of exactly what a neuroscientist does back then which is about the same as I actually have in 2011.

However, if you had told me that Colbert is a comedian and that he hosts an award-winning satirical program that lampoons idiotic, political, pundits (of which there are many in 2011) by portraying one of the idiots himself, I would have said something like, “You’ve got to be kidding me.”

But, if you had then told me that the interview was to discuss David Eagleman’s new book, “Incognito – The Secret Lives of the Brain” and that I’d enjoy the description of the book so much that I’d reach out and pick up a shining piece of metal and glass weighing only a little over a pound with the look of a skinny photo frame and by using my finger I’d touch the screen and in seconds I would have not only purchased the book but it would be delivered to that same device and I’d be reading it – I would have laughed and asked you, “What have you been smoking?” 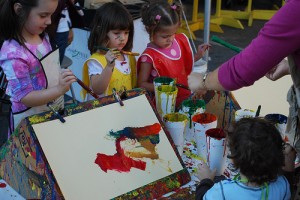 Can you imagine today what kinds of new devices you’ll be using twenty-five years from now? Can you see in your mind’s eye something that could change the way we view not only symbols like words but also the way we view something as simple as eating or sleeping or as complicated as hitting a golf ball?

Word processors, touchscreens and the Internet had all been around for years before 1986. But, we had libraries and book stores for our books. In 1986 we would have asked why anyone would ever want to read a book on a piece of glass and aluminum? Today, we know the answer to that question.

What questions aren’t you asking right now – what actions aren’t you taking today that will change your world (or maybe even the world) twenty-five years or even only two years from today?